‘Keyes’ To The Game….Fake Aggies Edition

This will be a brief post as Alan has got some damage control to do on some occupy protestors straight Tawana Brawley style.

The Thinker, Not the Stinker

Inspector G: So we meet again, Alan.  This time at a Shakey’s Pizza, oddly enough.

Inspector G: Ok, well since you’re crossing racial stereotypes like they are State lines, why not get on with the keys to the game.

Keyes: Surely.  Georgia will dominate every facet of the game and will enforce their will upon the aggies like Magnus Ver Magnussen did to a coors light tall boy.  Like a fat kid at Cici’s.  Like Obama against me.

Let’s be honest, this game could probably be played by UGA’s practice squad and still be able to squeeze out a win.  Even with the RB’s in a perpetual sate of suspension, this wont be close.  Defense is too good.  Offense will be good enough.  Score 42-7

Inspector G: That’s it?  No more than that?

Keyes: In the words of that gay kid from American Idol, What do you want from me?  It’s New Mexico State.   But I will leave you with this.  I think Jarvis Jones is a special player, hell….I know he is.  He will impose his force on the Aggies’ QB like a spider-moneky all jacked up on meth and steroids.  Look for this QB to retire from football altogether and host social teparties with stuffed animals, much like this:

Inspector G:  I don’t know how you put a South Park video in an interview, but somehow you found a way.

Keyes: I win again, I always do!  Kind of like that Ram in a staring contest with Robert Goulet. 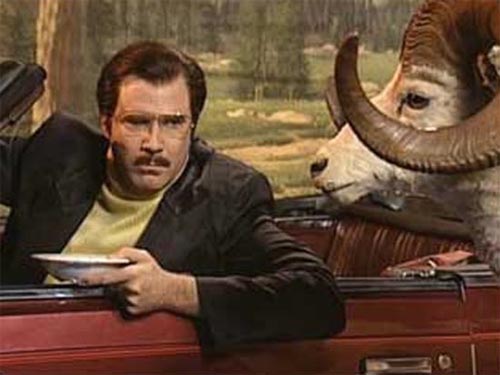 You Win Again, You Always Do

Posted in Keyes: I Spit Fire